Tragic: 14-Year-Old Israeli American Girl Suffers and Dies from COVID Vaccine – Makes a Video of Her Story Five Days Before Her Death

Sarah Jessica Blattner, a 14-year-old Israeli American girl with an underlying health condition, died in her sleep on October 12th reportedly from a heart attack after receiving one dose of the Pfizer vaccine five months earlier. Her parents decided to finally speak out three months after her death and urged the public not to vaccinate their kids. In their case, it was a big “mistake.”

Blattner was diagnosed with cancer when she was nine months old. She survived and has been living cancer-free for 11 years according to her Twitter post way back in 2020.

According to a Facebook post, Blattner’s mom, Ilana, shared that they need to give her the COVID vaccine because she is at risk due to her underlying health condition. “It was important for us to give her the vaccine due to low lung capacity due to scoliosis (spinal curvature) that developed from a young age (because of an oncological disease from which she suffered up to two years old).”

Before Blattner received the vaccine, she underwent surgery that was supposed to improve her leg rest and her posture. A day after the surgery, she was able to walk.

Suddenly she couldn’t stand or walk one week after receiving the vaccine. Her doctor admitted it was a neurological phenomenon related to the vaccine and it would pass. Also, a few days before her death, she complained about her strong heartbeats. Her doctors assumed she probably had a heart attack.

Sarah Jessica Baltner 14.5-year-old Israeli American girl, went to sleep on October 12 and didn’t wake up. This happened 5 months after receiving one dose of the Pfizer vaccine.
Alex brother lives in Israel and he contacted us. Ilana, mother of Alex and Sarah Jessica RIP, is a former Israeli and lives in Miami. Oshri Shamir from the documentaries team spoke to the mother and brings her testimony. Our hearts are with the family and our sincere condolences.
Ilana, mother of Sarah-Jessica, 14 years old, tells:

“At 14.5 my daughter received the Pfizer vaccine for Corona.
It was important for us to give her the vaccine due to low lung capacity due to scoliosis (spinal curvature) that developed from a young age (because of an oncological disease from which she suffered up to two years old).
Ten days before the vaccination she underwent surgery that was supposed to improve her leg rest and her posture. It is important to understand that immediately after the same surgery she went and everything was fine. A week after the vaccine she suddenly couldn’t stand or walk and the doctors who tested her said it was a neurological phenomenon related to the vaccine and it would pass. And yet, she worked and restored great within two months.
On October 12th she came back from school, I was shopping with her and she went to sleep. At 4am I walked into her room, she couldn’t fall asleep so I covered her in a blanket and stayed with her until she fell asleep. At 8:30 am I walked into her room and she was no longer alive.
Only then did I remember that a few days ago she complained about strong heartbeats and I thought she was probably stressed because of school. I didn’t think for a moment that there was a problem with her heart. There never was.
Doctors said she probably had a heart attack or something electrical in her heart. We didn’t agree on the post-death opening.
14 and 9 months old was in her death. A beautiful and talented girl, she had a YouTube channel and Tik Tok and Instagram.
5 days before she died she recorded a video of her telling her “immune story”. I’m sure this isn’t a case and that’s also why it’s important for me to hear her story. I don’t want it to be for nothing, I don’t wish it to happen to other kids. This material should not be given to children in any way. This is simply a mistake. Please listen to me and my daughter’s story. Please. “

Blattner’s dad commented on the video she made five days before she died and said not to vaccinate anyone under the age of 24,

“She was our beautiful angel. Full of ambition, drive, passion and love. Her life was in front… the pain is unbearable. Make sure not to vaccinate anyone under the age of 24. There is no medical advantage and, in our case, total loss……” 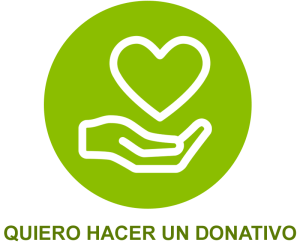 Italy imposes compulsory vaccination for those over 50

BERGOGLIO AGAINST CHRIST WITHOUT DISSIMULATION: CELEBRATES HIS “8TH…